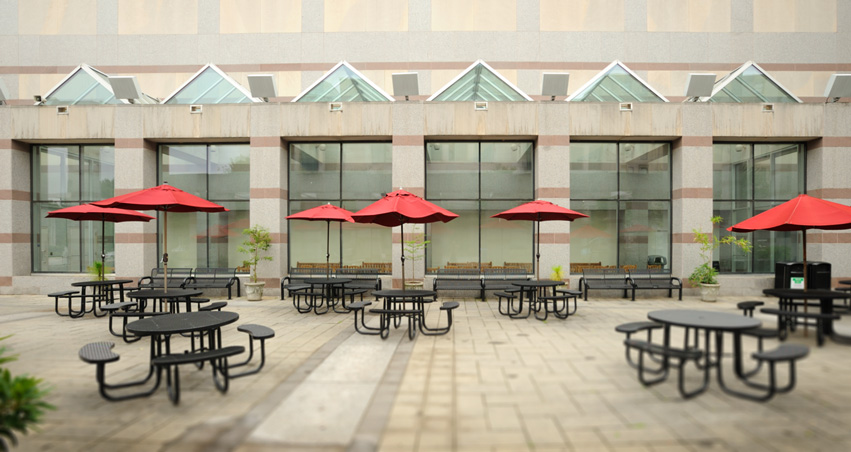 After traveling abroad and noticing the common usage of large window graphics, I approached the museum about the possibility of dressing up this outdoor space (image directly above), whose windows are attached to an educational wing of the museum, and which face a plaza that is used by school groups, as well as the lunchtime crowd of downtown Raleigh. The museum has always had an issue with looking somewhat ambiguous– the architecture does not clearly bely what sort of building it is.

With the window graphics added, the colorized historical images representing some of the more popular themes of the state’s history (the American Indian story, the Civil Rights movement, Blackbeard, early settlement, the Wright Brothers, living off the land) livened up the space dramatically and were “billboards” for the history museum itself. 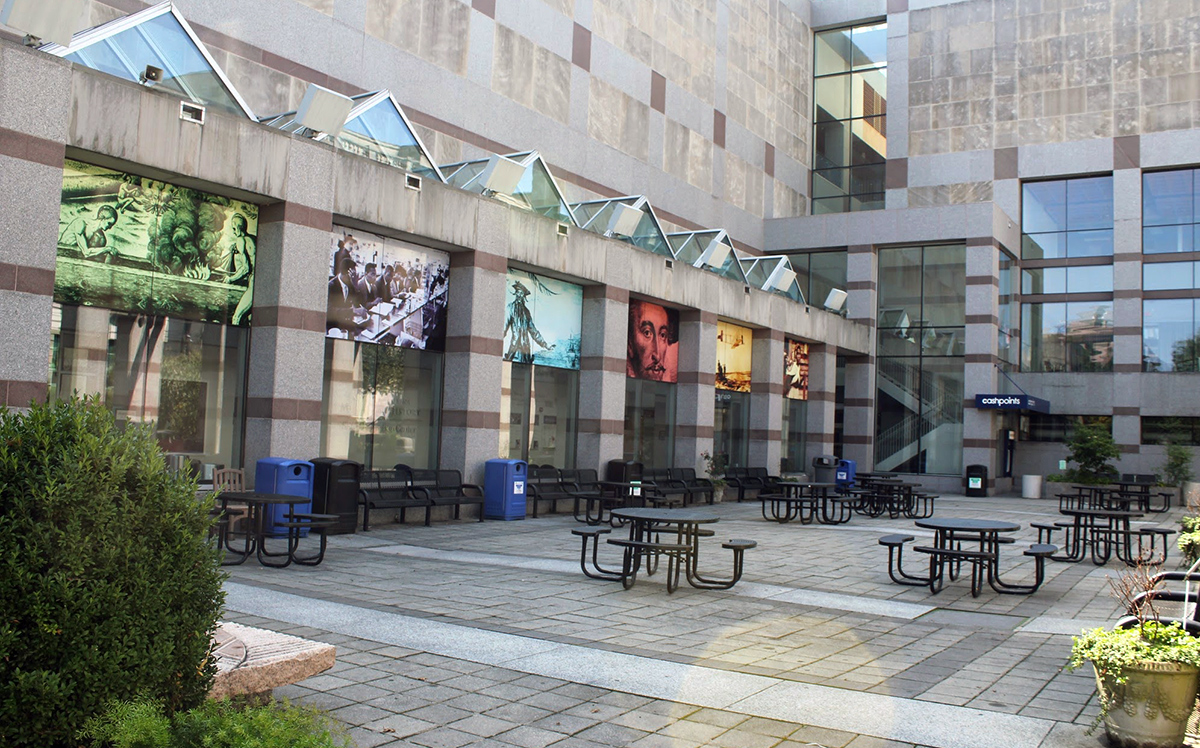